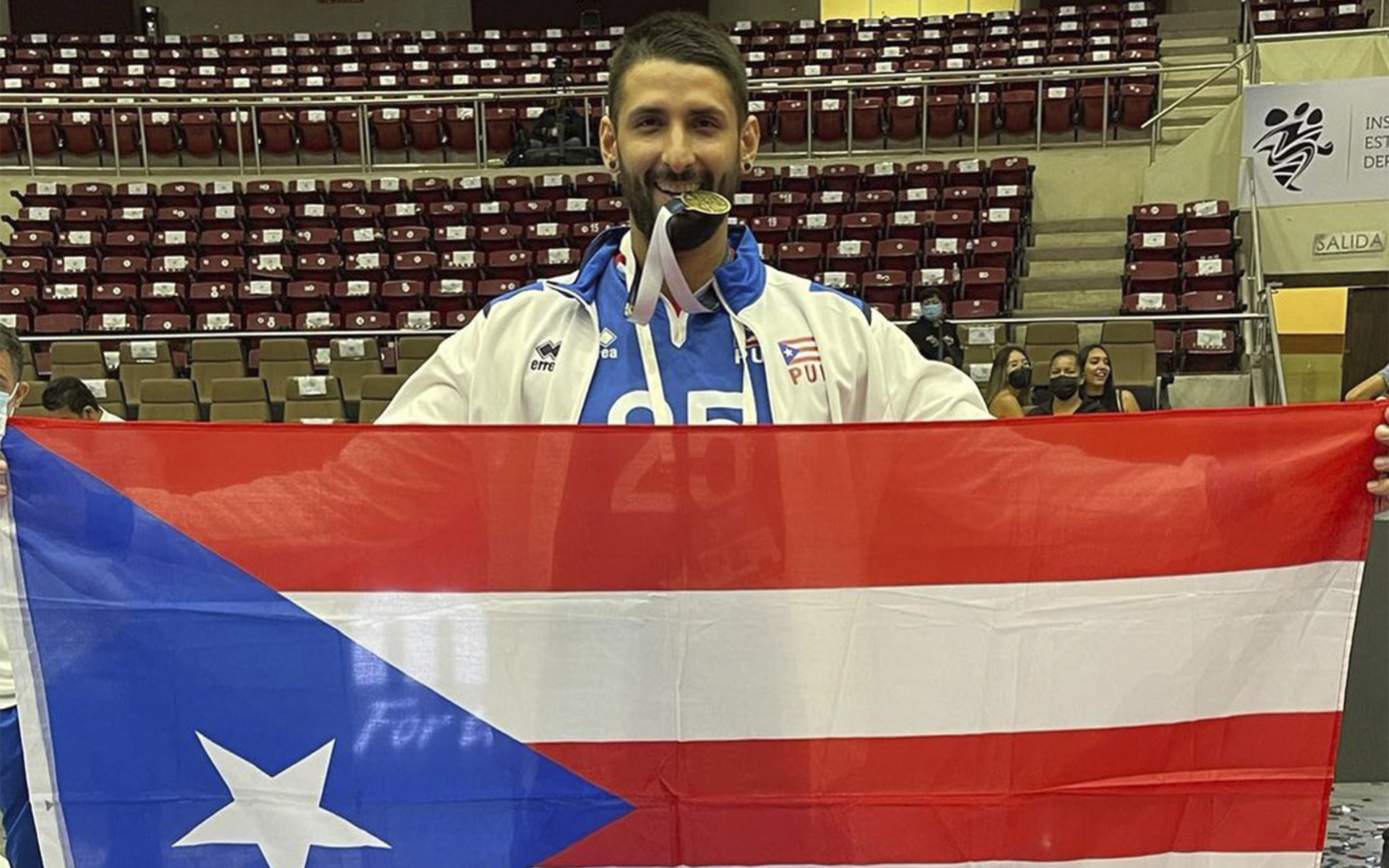 This week’s biggest news in volleyball came from the historic conclusion of the 2021 North, Central America, and Caribbean Volleyball Confederation (NORCECA) Championship. There the Puerto Rican Men’s National Team took home their first NORCECA title. The team’s first gold medal has also given them an automatic bid into Russia’s 2022 FIVB World Championships.

BYU Alumni Opposite hitter Gabriel García was the kill leader for the championship match with 11 points, 10 kills, and one ace. While Cal Baptist alumni, Arturo Iglesias, was selected as MVP for his performance as the team’s leading setter. The competing teams also had a great supporting cast of players from the NVA, with LA Blaze, Vegas Ramblers, OC Stunners, IE Matadors, and Southern Exposure being represented.

The Stunner’s Opposite, Jair Santiago, was one of the Puerto Rican National team members to win gold. This appearance with the national team has been Jair’s first since he played with the team during the 2016 FIVB World League where they came 36th.

Jair put in some hard work this summer, leaving mid-season with the NVA to make sure he could get back home and train with some of the younger players. During that time, Jair helped get the gears in check to make sure the program was ready to put in 110% effort in the month leading up to the event.

It also helped that the Canadian national team struggled with finding their rhythm throughout the tournament. Stunner’s outside hitter, Joey Jarvis, an alternative for the Canadian National, had this to say about their 2nd place finish.

“They played really well and showed signs of versatility. They had their backup setter playing the P2 position and made it to the finals beating Mexico, which they had lost to in pool play 3-0. Unfortunately, they didn’t get claim gold, but they played well against a very sold Puerto Rican team” – Joey Jarvis

With this title now on his resume, Jair will now have a solid chance at finally signing a contract outside of North America. Playing professionally overseas has been a long-time aspiration for Jair, and it seems like his time is just around the corner!

If you haven’t already, go and give Jair Santiago (@jairdaniels15) and the OC Stunners (@stunersnvausa) a follow on Instagram to stay updated on what the future holds for Jair. Also, be sure to follow the link below to watch the gold medal match of the 2021 NORCECA Championship Event!