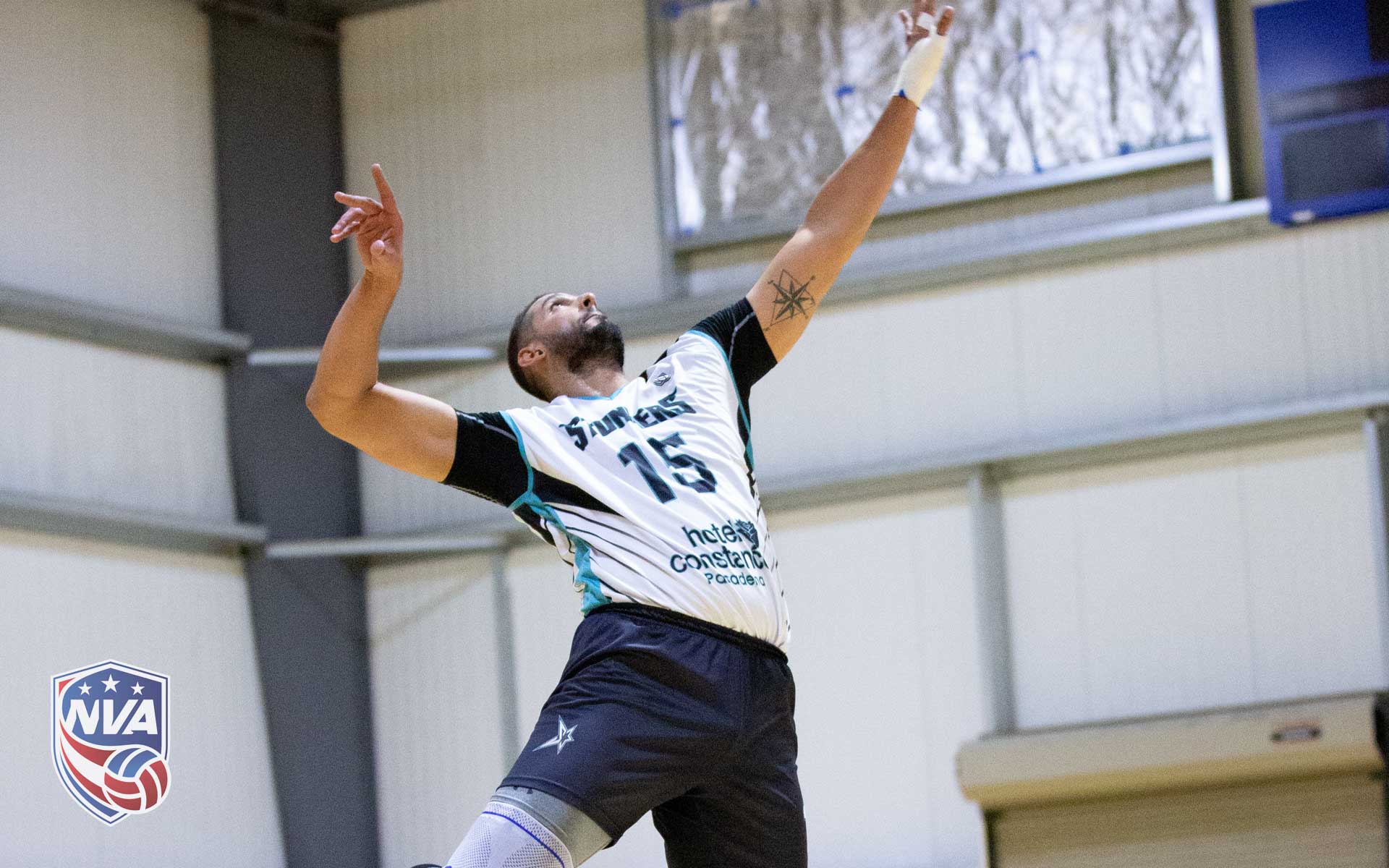 Of the four playoff matches on Friday, July 9th, this will be the best and most competitive one to watch. Both teams have experienced a tremendous amount of adversity and growth this season.

Tyrants are among the newest teams in the NVA and unequivocally made tremendous improvements in their performance on the court during the 2021 season. The Tyrants started the season with a 1-2 record but quickly improved thanks to Coach Mauro Grasso. Coach Grasso quickly helped the Tyrants find their identity and convinced his players to buy into a system that allowed them to end the season with a 7-2 record.

The Tyrants are not one of the biggest teams, but they are physical and play tenacious defense. Although they mainly relied on Gianluca Grasso to lead their offense at the beginning of the year, Coach Grasso discovered a way for the team to build confidence in the other Tyrants’ players. The Tyrants found ways to play better defense and found other players to step up and score points. As the season progressed, Anthony Robinson, Tim Johnson, Austen Lovett, Ryan Maune, and Daniel Jacobs took the load off of Grasso. The team has done well to share the wealth with their hybrid subbing system. Both setters, Gabriel Quinones and Isaiah Acfalle, have given the Tyrant’s opposite hitters and middle blockers a dynamic role in helping the Tyrants finish the season with a 5-match winning streak and 7-2 record.

The Stunners is the other NVA team that started the season 0-3 and made the playoffs. Their winless start had more to do with a lack of players and injuries than lack of performance. Joey Jarvis arrived late and a little bit out of playing condition from COVID lockdowns in Canada, so he was not in top form. Stunners also didn’t have a libero available as Matt Hilling stepped into the position in their first match. In the second match, setter Spencer Andrew injured his groin on the last play of their loss to the Tyrants. Without a backup setter, the Stunners assigned Hilling again to play setter in their third match. On top of his regular position as an outside hitter, it was the third different position that Hilling played in the three losses.

Before the New Jersey event, the Stunners added four quality players to their roster: Setters Nikola Dmitruevic and Roberto Ramirez, outside hitter Corey Chavers and libero, Josh Ayzenberg. All four made an immediate impact as the Stunners won the next two out of three matches in Atlantic City. They then managed to return home to close out the season with three consecutive wins and a 5-4 record to finish in third place of the National Conference.

The Stunners have one of the tallest, most prominent, and deepest rosters in the NVA. On top of that, one of the best liberos in the league with Ayzenberg and his backup, Jake Hurwitz. Stunners are deep in every position. At the outside hitter position, the team has Joey Jarvis, Corey Chavers, Matt Hilling, and Antonio Anguizola. The Stunners are four deep at the middle block with Nick Amado, Nick West, Shayne Beamer, and Kevin Gear. Although the Stunners only have one solid Opposite in Jair Sanchez-Santiago, Hilling has proven to be an excellent backup for Santiago.

Prediction. Although the Tyrants did defeat the Stunners early this year, 3-1, this Stunners’ team is much improved, more solid, and playing with more confidence. One advantage the Tyrants have over the Stunners is Coach Grasso, who has a wealth of international coaching experience and deserves to be another candidate for Coach of the Year. But to chalk up a win, the Tyrants will need more offense from their middle blockers Austen Lovett and Ryan Maune. The Tyrants will also need to side out well and limit the number of points the Stunner’s potent offense will make on transition plays.

However, the Stunners do also have one caveat to overcome that has haunted them all season. They’ve committed long runs of errors in every set played with as many as four in a row. Because of this, the Stunners have played from behind in many matches and have easily given up leads.

Although this is a coin flip, the Stunners should win in three or four sets. But the Tyrants’ tenacity and never-give-up mentality might string it out to a fifth set. Stunners 3, Tyrants 2.

The next playoff match prediction will be the Team Freedom #2 Seed in National Conference versus the Stingers #3 Seed in American Conference at 4:00 pm. To find more articles about the Texas Tyrant’s and the OC Stunner’s regular season, check out their news section at the bottom of their team websites.

previous
Jair Santiago is The Man
next
Stunners Battle From 2-1 Deficit and Win in 5 Set Thriller to Advance to NVA Semifinals Against Southern Exposure
PRIVACY POLICY
TERMS & COND...