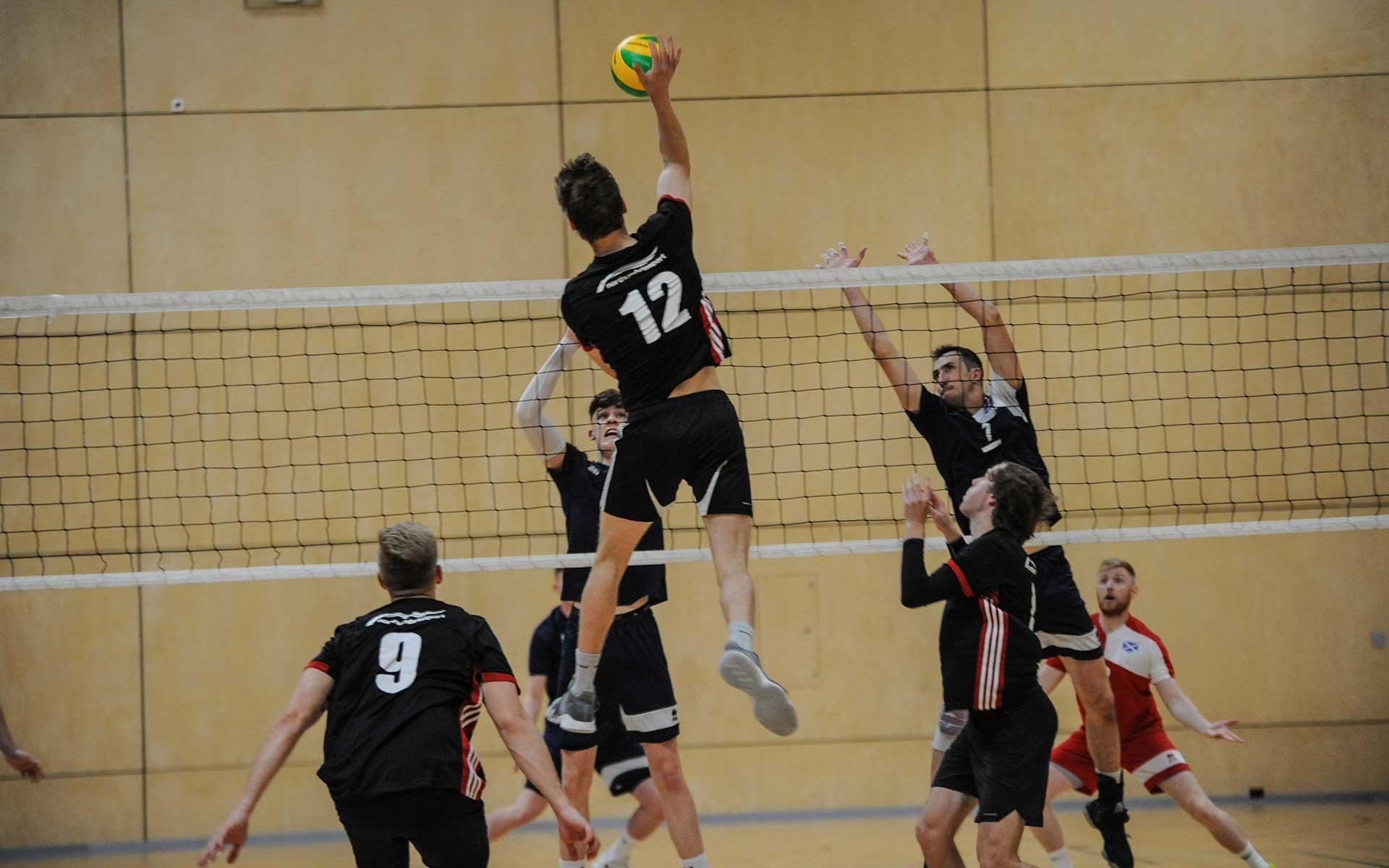 As the summer comes to a slow end, the Stunners see more and more of their players leaving to pursue a career overseas to chase their volleyball dreams. One of those players is 6’6 middle blocker, Shayne Beamer, who has been instrumental in the success of the Stunners. Shayne has had an extensive career, playing at UCSD for four years and eventually leaving to go play in England at Northumbria University. Shayne’s career is now continuing overseas to Denmark where he is going to be playing for Middelfart Volleyball Klub. When asked about Middelfart Volleyball Klub, Shayne said “The team in Denmark is looking really good this year, it’s a combination of old and young guys so the team will be raw but experienced.” The Stunners have seen two players go to Denmark to continue their professional careers, one of them being outside hitter Louis Richards. When asked about playing against his Stunner teammate, Shayne elaborated his excitement with “I can’t wait to play against Louis, he’s an awesome volleyball player and a great competitor and it is going to be really fun playing against him this year.”

Shayne has been an excellent Stunner over the course of the past year, and shared the love he has for the Stunner team. “I am so thankful the Stunners picked me up after I got from the UK, the second I stepped into the gym I felt an instant connection” he said. The Stunners pride themselves on the family atmosphere that they are able to create, and Shayne loves competing with his boys, a sentiment that is felt throughout the Stunners gym. Shayne credits the Stunners for helping grow as a person and a volleyball player stating that “I’m certain that if I wasn’t able to compete in the NVA with such high level volleyball players, I would have lost all the skills I’ve worked so hard to develop.” Shayne also credits his opportunity to play overseas to the Stunners saying that “Without playing in the Atlantic City tournament against high level teams like the Stingers, I wouldn’t have been able to collect film and show my skills to help me get overseas and continue my career.”

Continuing the conversation of continuing his career, Shayne isn’t sure where he will land after this next season in Denmark. “I will always be a Stunner” he said. “Although I love volleyball, I do have other loves in my life that revolve around helping people,” he told us. Shayne continued to elaborate on those other passions in his life with “I really want to at one point be a behavioral psychologist so I can have a positive impact on the children of the world and help make their lives easier.”