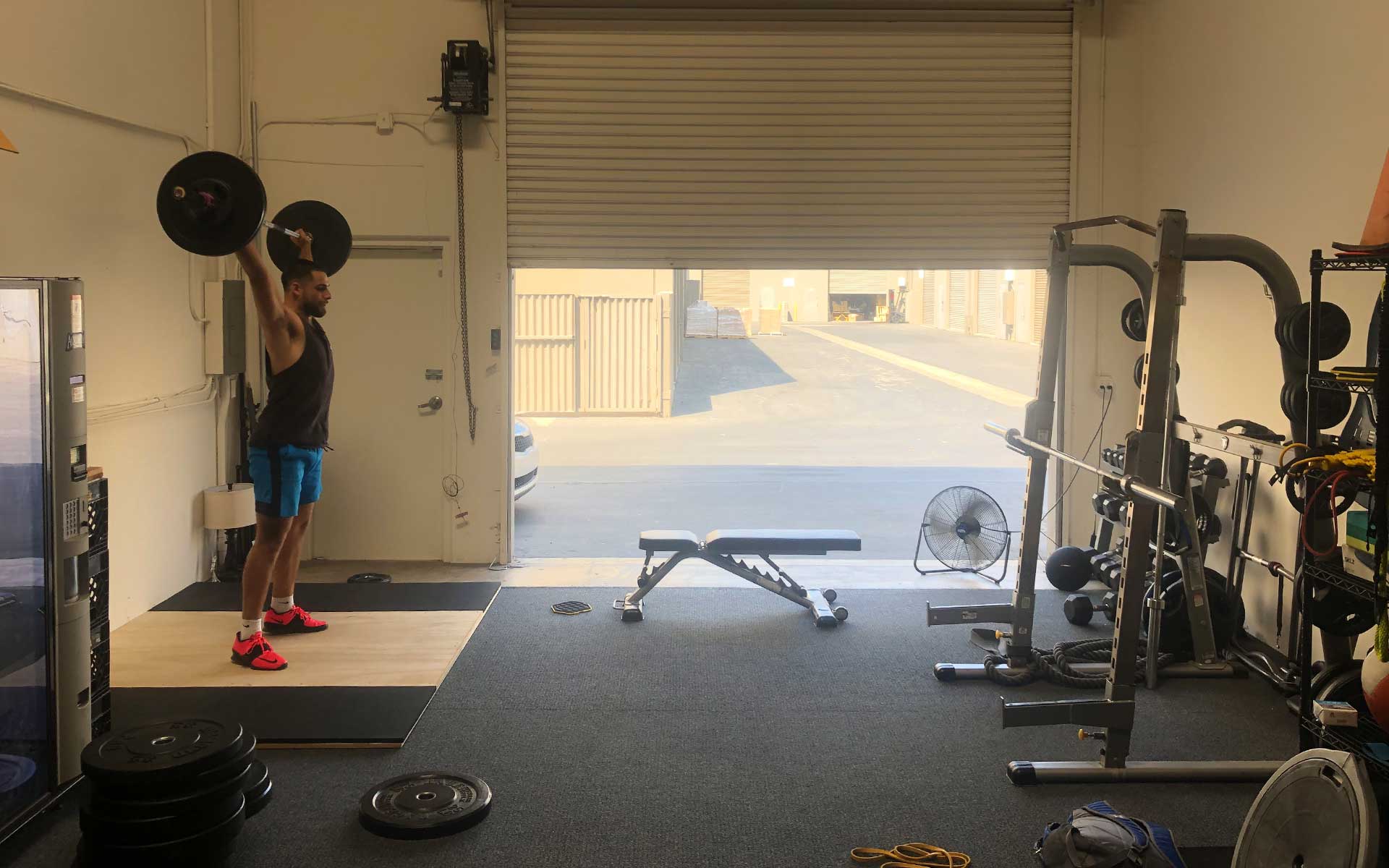 Weightlifting has always been a crucial aspect of being a high level athlete. When looking at some of the world’s best athletes, they all can speak upon the importance of spending time in the weightroom to not only get stronger but to rehabilitate their bodies and prevent injury. The Stunners also take very seriously the benefits of weightlifting, for the strength of their athletes, and their endurance which is needed to succeed for long weekend tournaments and sometimes grueling practices. The Stunners, along with their strength coach and sports medicine specialist Panos Stavrou, pride themselves on their ability to practice and lift consecutive days of the week, which wouldn’t be possible without a weight room. Historically, the Stunners weight room has been considered pretty basic, but lately, an influx of funds and investment by Stunners and Panos has allowed the weight room to grow. What was just a squat rack before, has now included a wide variety of dumbbell weights, resistance bands, agility equipment, multiple olympic bars, and even has an olympic platform for those explosive lifts.

“The goal here is to create a space to help develop a culture around getting stronger.” Panos said. His main goal is increasing the potentiality of the weightroom is to provide a consistent space where athletes can come in, work hard, and support their fellow teammates. He went on to state, “A team’s success has a lot to do with the culture they create for themselves on and off the court, I want to create a culture that focuses on hard work and improving yourself.”

This is very important to the development of a team, and the players are buying in. Middle blocker, Nick Amado explained, “Weightlifting is a crucial aspect to the game of volleyball, because it is such an explosive sport.” He continued, “If you only practiced those explosive movements in the gym during practice, you won’t see any type of gains, whether that be in strength or vertical, so it allows you to really take your game to the next level.”

One important aspect of increasing the size of the weightroom is that it also creates another source of income for the players, or for Panos himself who enjoys personal training. “By getting certified, the players can develop their own programs and now train other people, or potentially younger players and create another source of income for themselves.” Panos also believes that by creating a bigger weightroom, others who aspire to become professional athletes can pay a monthly price and come in and train.