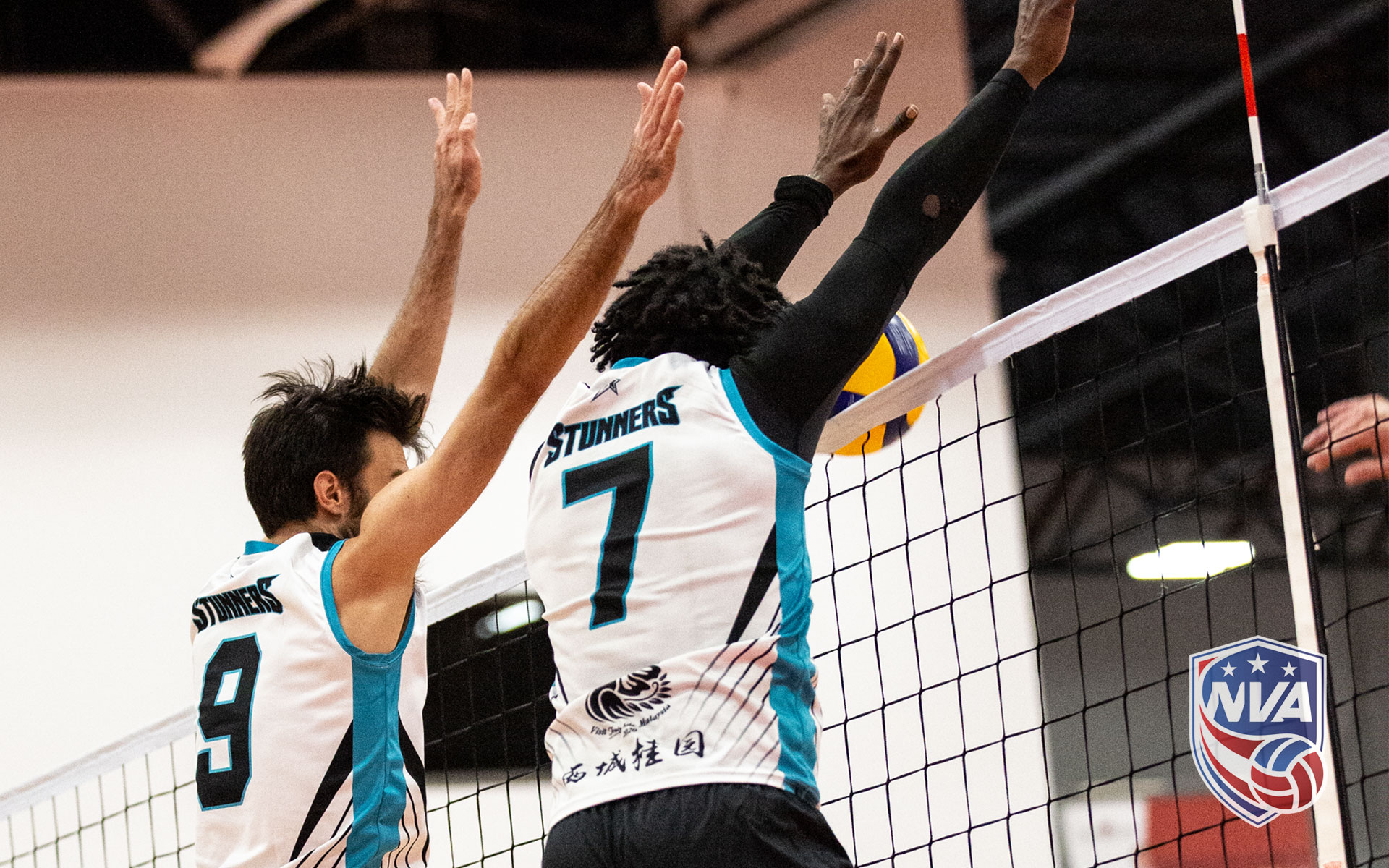 Stunners led out with a MB kill to 1-0. Stringers sided-out with a MB kill and then took the lead on the next possession on a MB kill to 2-1. Stunners responded with a OH kill to tie 2-2. Stingers carried their one-point lead until 6-6. Stunners took the lead back with a MB kill and ace to 8-6. Referee called a media timeout. Stingers sided-out on a OH kill to 8-7. At 9-9 another lead change for the Stingers after an OH and OPP kill to 10-9, then add to their lead on an OPP kill and ace to 12-10. A Stingers service run from two OPP kills at 13-12 increased their lead to 15-12. Two possessions later another Stingers  service run of an OPP and OH kill added to their lead to 17-13. Stunners called a timeout, then sided-out to 18-14 on a OH kill. At 21-17 Stingers added another point to their lead after an OH and MB kill to 22-17. Stunners called a timeout after a Stingers’ OH kill earned them set point at 24-19. Stingers won the set on a MB block to 25-19.

Stingers scored three consecutive points on an OH kill, OPP block point and MB kill to 3-0. Stunners’ rallied and took the lead back from an OPP kill; and two Stingers’ hitting errors to 4-3. Stingers retook the lead from one Stunners’ service and hitting errors; and Stingers’ MB kill to 8-6. Referee called a media timeout. Stunners’ sided-out with a OH kill to 8-7 and took the lead back after a MB kill and OH kill to 9-8 and then added another point from another OH Kill to 10-8. Stingers called a timeout; and then sided-out on a OPP kill to 10-9. A 14-13 Stingers increased their lead to two points after an ace and OPP kill to 15-13. Stingers’ added another point to their lead after a Stunners’ hitting error, net violation; and Stingers’ ace to 21-17. After a Stunners’ OPPkill at 22-19 the Stingers scored three consecutive points on a MB kill, OH kill and OPP kill; and won the set 25-19.

previous
Stunners’ Adversity Defeats Team Freedom In Tough 5 Set Semifinal Match
next
Player Highlight: Nick Amado
PRIVACY POLICY
TERMS & COND...
We use cookies to ensure that we give you the best experience on our website. If you continue to use this site we will assume that you are happy with it.OkPrivacy policy