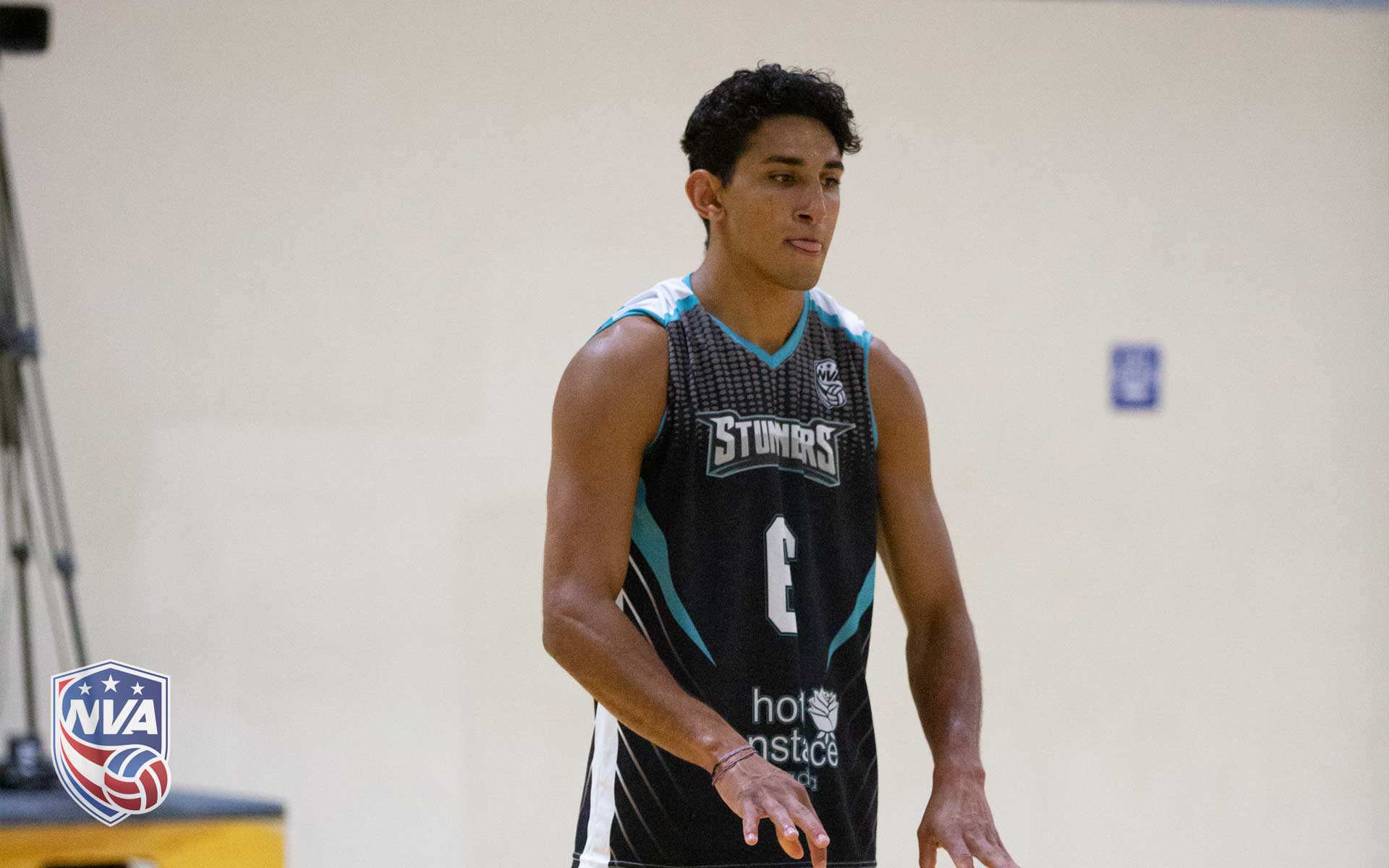 With Event 3 being officially wrapped up, it is important to highlight those players who made a significant impact for their team. One player that made a huge impact for the Orange County Stunners was Corey Chavers. Corey Chavers came into the 3rd event after a huge showing in the 2nd event that was held in Atlantic City, New Jersey, where he helped his team move from last place into seventh place respectively. Corey already has a deep history of success when it comes to volleyball, which can be seen in his lustrous college and professional career. On the first day, the OC Stunners faced a hungry Chicago Untouchables team who were fighting to keep themselves in 8th place in hopes of making it into the final tournament. Corey Chavers finished the match with 7 overall points, hitting .460 on the match, two aces and a block, he was seen as the consistent option for the Stunners 3-1 win over the Chicago Untouchables.

Coreys highflying ability and powerful swings weren’t used up on day one of the event, has he had a lot more deep in his bag where he once again out performed himself and put on an exhibit of what it means to be a powerful outside hitter. The OC Stunners were faced up against a strong L.A Blaze who boasts an experienced lineup led by Chinese setter Edison Zhou. Corey finished the match as points leader with overall points of 13, one block, one ace, and hitting .560 on the match. The Blaze were a valiant team as they forced a five set match, but were unfortunately extinguished by the Stunners 3-2.

Finally, on the third day, the OC Stunners were faced with a hot Dallas Tornadoes who were coming off of an upset win against number two ranked Las Vegas Ramblers the day before, led by the powerful opposite Felix Chapman. That did not waver in Corey at all as he once again finished the 3 set win with 13 overall points, one ace, one block and hit an astounding .880 on the match. Look out for the OC Stunners and Corey Chavers on July 9th-11th in NVA tournament being held in San Bernardino.