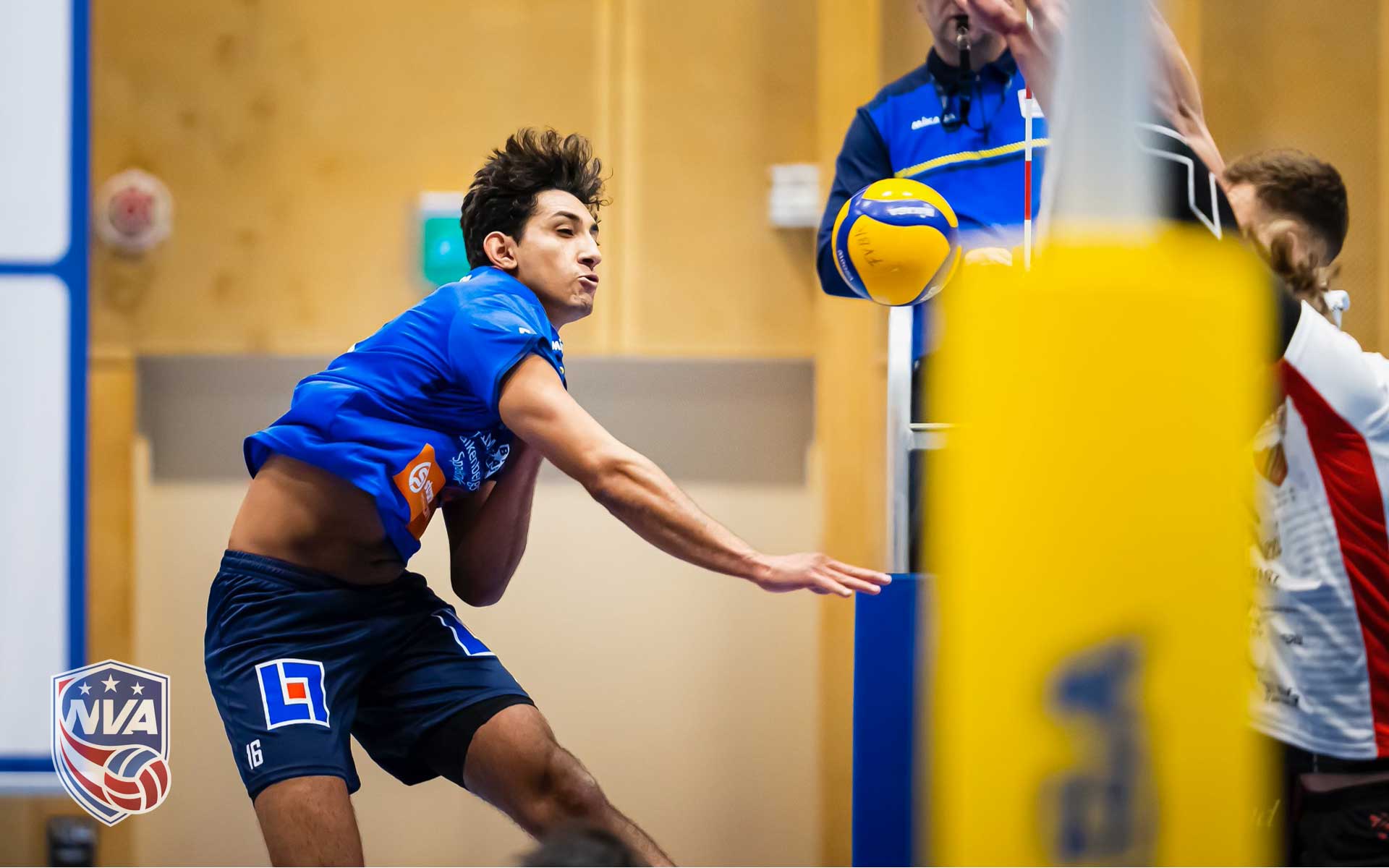 Corey Chavers, the high flying outside hitter, has returned to the OC Stunners for the 2021 season. Corey Chavers is known for his freak athleticism and powerful attacking ability which was put on showcase in the finals of the NVA Tournament held in Utah in November. Corey has already had a very impressive career as a volleyball player. He started off at University of California, Santa Barbara, where his senior year he was chosen as part of the All Big West team. Corey then did a summer with USA volleyball where he played outside hitter in the NORCECA event held in Colorado. Corey then went on to play for Blu Volley Verona in Italy before Covid brought him home. His most recent venture was in Sweden with Falkenberg VBK, although he came in halfway through the season, he was a dominant force on the court and led his team to the finals where he ultimately fell to Halmstade VBK, who was the leader in points all year. Corey said that in Sweden he had a very young team, so it required him to step up as leader and role model for the young volleyball players who looked up to the U.S National Team prospect. Look for Corey Chavers this summer making a huge impact for the OC Stunners, as he believes his best volleyball is to be played this summer.

previous
April Event Full Recap From All Three Days
next
The Stunners Catch the Injury Bug
PRIVACY POLICY
TERMS & COND...
We use cookies to ensure that we give you the best experience on our website. If you continue to use this site we will assume that you are happy with it.OkPrivacy policy