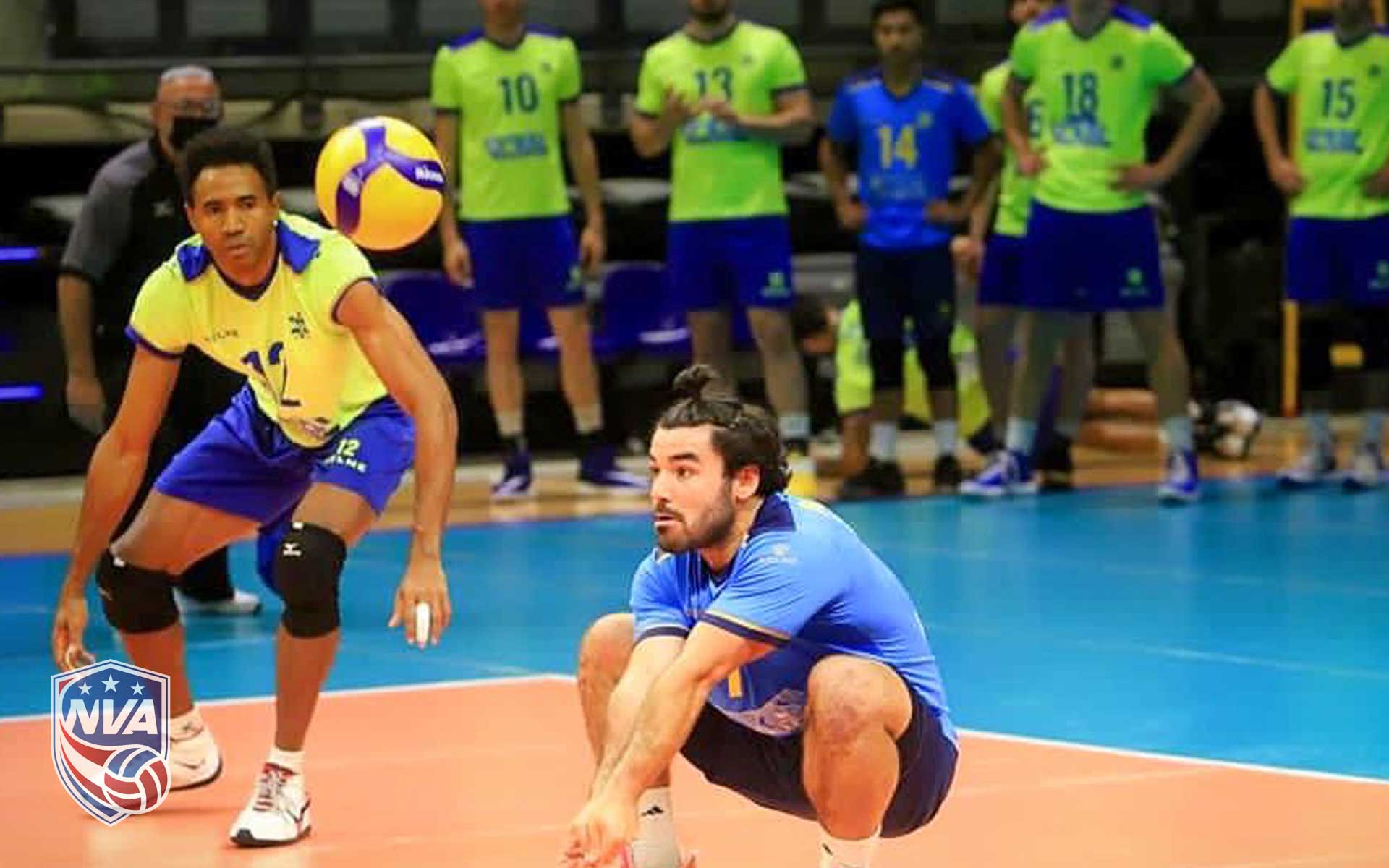 The OC Stunners have just announced that they have signed Long Island native, Josh Ayzenberg for the remainder of the season. Josh is an excellent libero that holds a lot of traits that fits the Stunners fast and big style of play. Josh already has an excellent track record for performing, he played for four years at Sacred Heart University where he led his team in passing percentage and digs and was selected as a two time All-American. Since then he has continued playing at an elite level, first with Maccabi, a team based out of Israel, and then for Savo Volley in Finland. He then went on to play in the USA NORCECA championships alongside Stunners Corey Chavers and Nick Amado. Once finished with that, he signed back with Maccabi Tel Aviv winning both the league cup and the league championship, so it is fair to say that he is no stranger to winning. When asked about Josh, Nick Amado, team captain stated that “Josh is going to be a perfect fit for our team, he brings an energy and knowledge to the game that is only achieved through playing high level volleyball, which is what we need right now.” His former teammate, and now current teammate, Corey Chavers said “I love playing with Josh because I have the confidence that any seam or space I leave on the court will be covered. He is just that good. Plus his energy is always fun to try and match.”

So what exactly does the signing of Josh mean for the Stunners? Well the Stunners already lead the league in perfect passes with a 91.33%, but still fell short when it came down to the April tournament. The signing of Josh can be seen as an extra insurance defensively, as the Stunners lack a consistent block. Anything that the Stunners don’t block, will now be effectively dealt with by Josh in the back row. Watch Josh and the Stunners battle out this weekend, the 28th-30th against the Las Vegas Ramblers, Utah Stingers, and the Dallas Tornadoes in Atlantic City, New Jersey!

previous
The Stunners Catch the Injury Bug
next
Full Recap of the Orange County Stunners in the May Event
PRIVACY POLICY
TERMS & COND...
We use cookies to ensure that we give you the best experience on our website. If you continue to use this site we will assume that you are happy with it.OkPrivacy policy